In memory of Mom 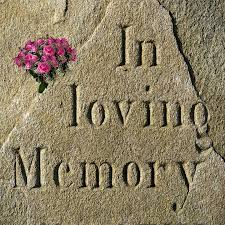 I am still bewildered by the fact that my mother is not with us any more even though she passed away three months ago. She suffered from the most dreadful and tragic type of cancer for more than two years. She was first sent to the hospital for dyschesia/constipation which caused her acute spasms of pain. Later on we were terrified to find that she had carcinoma of the colon. I still remember that I burst into tears the moment I heard the news. It was the first time the specter of death loomed large in my mind because I had not as yet experienced the death of any of my close relatives. However, we tried hard to conceal the illness from her. Soon afterwards, she went through surgery to remove part of her rectum. Later she incessantly complained about the pain, but that was really nothing compared to those nightmares and mental anguish she was to encounter during her last days. After she left the hospital, we felt relieved that shortly after she could resume her usual life so quickly. She again started taking care of the children, running the house, and even playing mahjong, her favorite pastime, once in a while. The only thing that bothered her was that she had to take monthly chemotherapy treatments to keep the cancer under control. She hated the treatments because she would always feel nausea and could not eat anything for several days afterwards. But since it happened only once a month, she endured every treatment, although reluctantly. Everything went fairly smoothly for about a year before she had a relapse. It was horrifying because at the time the memory of her last operation had almost faded from everybody’s mind and we all thought that she was well on the road for a total recovery. We were then overwhelmed with grief to hear that the doctor had decided not to operate because the malignancy had spread into her abdomen/stomach and could not be removed. He advised us to do everything possible to make her happy by helping her to fulfill her needs and enriching her life. Nevertheless it was already too late because, by that time, intense pain had already set in. At the beginning, she suffered acute pain only once or twice a day. Then it increased, both in intensity and frequency. A few months later, it grew so severe and intolerable that she had to take frequent and large dosages of painkiller, analygesics as well as luninals and tranquilizers. During the final stage, an injection doze every four, even three hours, could not help to relieve her pain. We just stood by, groaning with her, but could do nothing to alleviate the situation. The suffering she underwent was inhuman and the situation was helpless. We looked for help everywhere. We took her to see doctors specializing in Chinese medicine, even trying acupuncture. She took many unusual prescriptions, one of which was to take at least a hundred centipedes over a short period of time. However, they didn’t seem to affect her condition one way or the other. The Chinese cures seemed to have stabilized her condition for a while; then the tumor took the upper hand again. 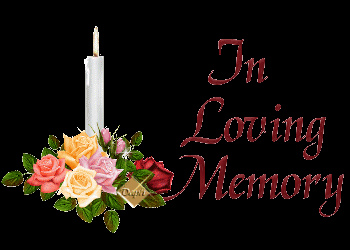 She was hospitalized for the third time, to have an artificial anus implanted. The battle to stay alive tortured her so much, both mentally and physically. The worst part was that there seemed to be no hope to end her misery. She wanted to die, refusing to take any food and medicine. We tried everything possible to change her mind—father even gave her big scolding. Finally she was moved to relent because she really didn’t want to leave us. But once the turmoil began to torture her, she would again give up the will to live. Unwillingly we had to steel our hearts to be tough with her. Besides, we had an agreement in the family that no one was to show any grief or sorrow when mother was around. I was greatly troubled because I could not control myself that easily. Often I had to turn my back on her to wipe the tears away because it broke my heart each time to see her suffering like this. I often prayed to God to show us a way. Did all this have a meaning? If the torture and suffering did not mean anything, why did she have to go through it? Why not just let her rest in peace? But this contradicted what I felt even deeper: I really didn’t want to lose her. I hated facing this incurable disease and all helpless situations we are thrown into. What could I do?

She passed away in early January this year while other people were celebrating the New Year. By that time, the tumor had already spread into her chest, so that she was no longer able to breathe normally. We called an ambulance, and with sirens screaming all the way to the hospital, she began to lose consciousness in my arms. Nevertheless, I tried hard to hold her steady as if this would help her feel more comfortable. I could never forget those last intimate moments with her and finally letting out all my pent-up feelings. As she had always been a stern mother to me, I was afraid to really communicate with her. But at that moment, I poured out my hearts, trying to tell her everything I could think of in a low whispering voice. I knew it would be my last chance and I was sure she would hear me, whether she was conscious or not. She hardly said anything to me at the time, nor to other members of the family during the following two days. We stayed with her day and night until the very end. But somehow we could sense her facial expressions and gestures showing a persistent attachment to us. She really didn’t want to leave us, yet she was too wearied to drag on any further. She died peacefully at about 1:00 in the morning. We all controlled ourselves because granduncle had told us it would be easier for her to leave this world, and to ascend into heaven if we didn’t cry out loud.

Two weeks later, we had the funeral and cremation. I was speechless when I saw what was left of mother afterwards. “Is this life?” I asked myself, “What is it for?”